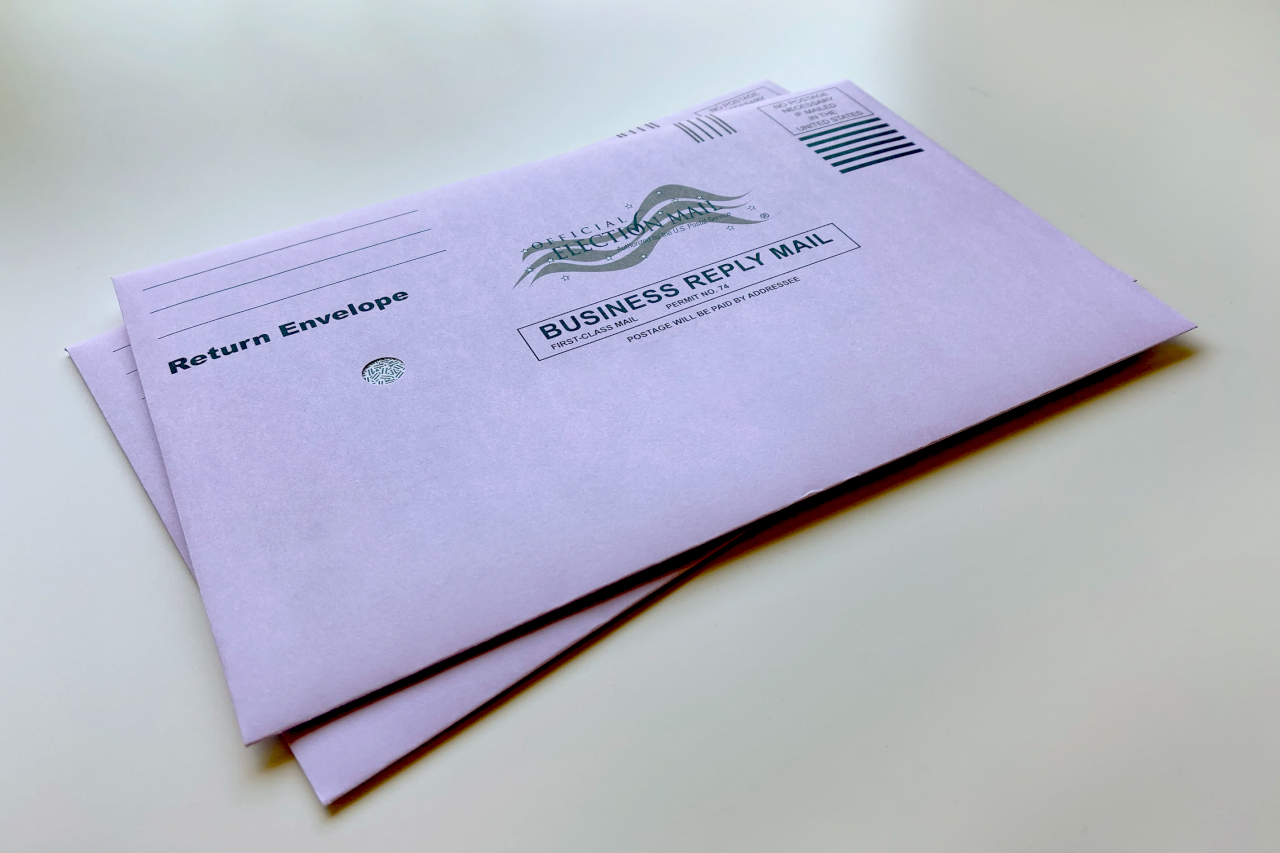 Next time you see a mail carrier say, “thank you for your service.”

These first two paragraphs is an update to our original article about voting by mail.

While there were thoughts about how the United States Post Office (USPO) might have inadvertently, or on purpose, made voting by mail more difficult but now that the vote is in we should all — Democrats, Republicans, Independents — be proud of our postal service. They delivered the ballots, regardless of party. They delivered democracy.

I’m writing this only fifteen days after the election so, the state-by-state total of vote by mail ballots is not yet online, at least I haven’t found it. But according to the Pew Research Center about 65,000,000 Americans voted by mail.  One of the many ways the USPO keeps our mail safe is with the watchful eye of The Postal Inspection Service. It is the oldest law enforcement agency in the country, created in 1772—before the Declaration of Independence. Its mission is to protect and defend the nation’s mail system, and that includes elections.

These first two paragraphs was an update to our original article about voting by mail.

The debate on voting by mailing is heating up. But it might be an academic debate since it seems the United States Post Office is making it harder for people to mail in ballots. They have begun removing their blue letter collection boxes from many streets in eighteen states. They’ve also removed high-speed letter-sorting machines from many facilities. How can this affect the election? Well, mail-in ballots can only be counted if they arrive within two or three days of the election. So if you slow down the post office, you potentially and effectively eliminate millions of ballots.

U.S. Postal Service General Counsel Thomas Marshall told elections officials in the letter, “There is significant risk that, at least in certain circumstances, ballots may be requested in a manner that is consistent with your election rules and returned promptly, and yet not be returned in time to be counted.”

And it is imperative to keep in mind, we, you don’t vote for the president. We vote to tell a group of people who we also don’t vote for, the Electoral College (the people who do vote for the president) how we would like them to vote. To make our idea of democracy even weaker than it seems, individual members of the can vote for anyone they want, even if that person isn’t on the ballot. Don’t believe me? In Washington State in 2016, three electors voted for Colin Powell instead of Hillary Clinton, violating a pledge under state law to vote for the candidate who won the most votes in their state. The state fined them for their defiance. In May 2019, the Washington Supreme Court upheld the fines, ruling that the Constitution gives the state power to impose a financial penalty on electors who violate their pledge. But the votes for Powell remained. And in Colorado, a Democratic elector also broke his pledge to vote for Clinton, the candidate chosen by Colorado. Colorado’s secretary of state removed the elector from his post and replaced him with someone who proceeded to vote for Clinton. In this case, the U.S. Court of Appeals for the Tenth Circuit ruled against the state, holding that it lacked constitutional authority to remove and replace faithless electors. Yes, the Electoral College makes a sham out of the idea that we elect the president.

Now that I have — sort of — shown that the presidential election on "the Tuesday next after the first Monday in the month of November" seems to be for entertainment purposes, let's get to the original topic, voting by mail.

Millions of people are against voting by mail, as are millions are for it.

The upside of voting by mail is that it would expand access to voting, allowing millions of more people to have a say in our democracy. (Though if you read the above, you might roll your eyes back at the word “democracy.) President Trump is against voting by mail. During an interview with Fox & Friends, talking about what would happen if voter access expanded, President Trump said, “you’d never have a Republican elected in this country again.” I swear to God; he actually said that. Recently, President Trump threatened to withhold funding from Michigan and Nevada because those states have begun plans to increase absentee ballot participation in their elections.

Aside from what the president wants, does vote-by-mail lead to fraud? Experts say that there is no evidence of widespread fraud in either regular voting or mail voting. It’s true that in voting by mail, the ballot is filled out in private, which opens up more potential avenues of fraud. But there is not any evidence of routine or even statistically significant fraud in the five states that do all-mail elections, election experts say. These states are Colorado, Hawaii, Oregon, Washington, and Utah. They claim to have best practices, such as having the voter sign the envelope of the ballot, which they then match with the signature in the state’s voter rolls, or tracking the ballot with a bar code to and from a voter’s home. Okay, I am still skeptical.

A ballot gets dropped in a mailbox. The ballot finds its way to a polling station where an official opens and records that vote. Come on, how does that official know who filled out the ballot or if it was tampered with along the way?

Isn’t our entire system of electing the president bad enough?

Here is my solution. Voting should not take place on a single day; it should continue for an entire week. That would give more Americans a chance to vote. We should make voting a law, to not vote would be a federal crime. It would be almost impossible to enforce, but by making it a law, more people would vote. One more thing, that traditional November day, well, that should be a holiday, making it even easier for people to vote. We should do everything possible to make it easier for people to vote. If you don’t agree, at least be honest and admit that you don’t believe in democracy or want to live in one.

Hey, exercise your freedom of speech and leave a comment telling us and the world how you feel about this.