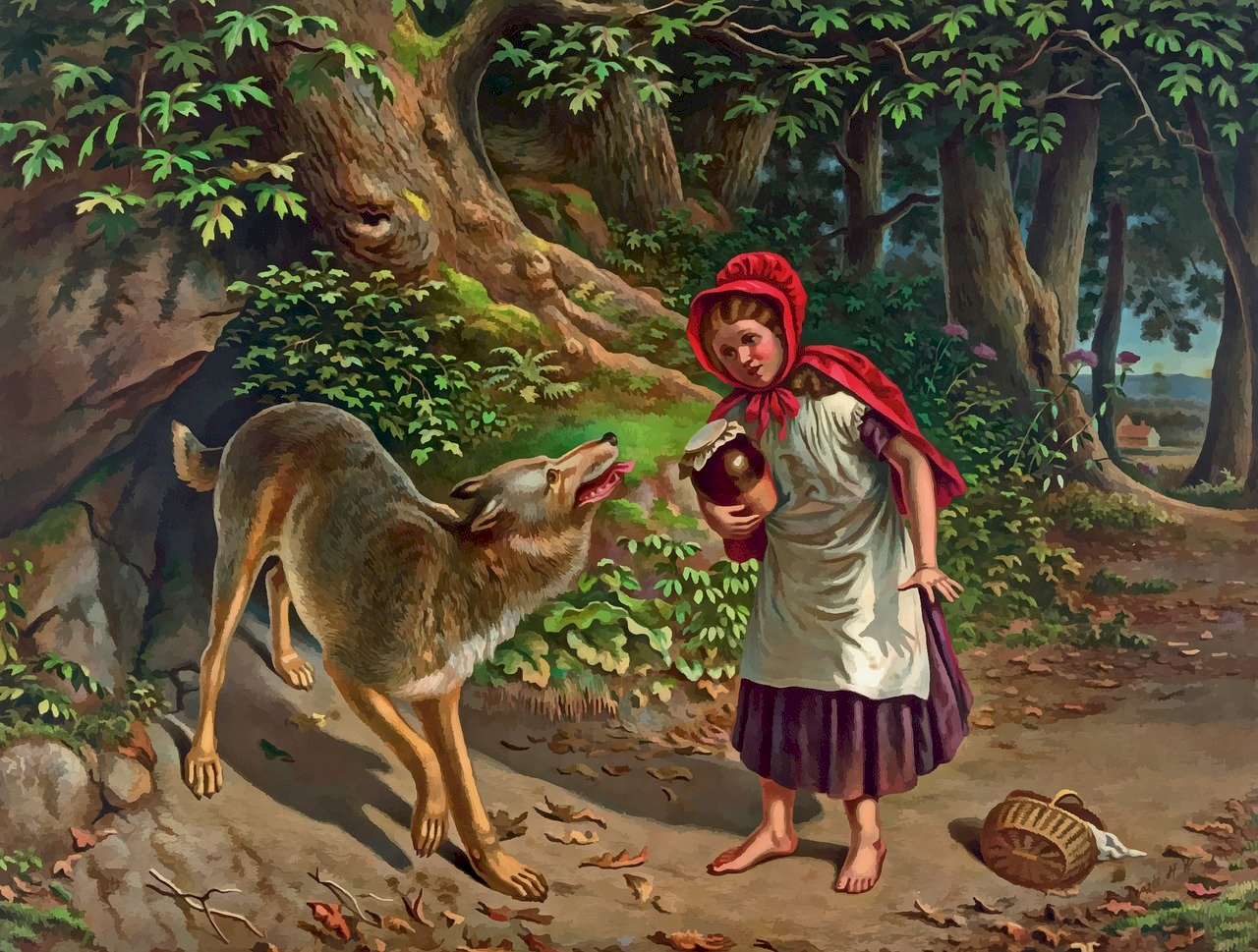 Is it a coincidence that the word “grim” is close to the name Grimm, as in The Brothers Grimm?

The Brothers Grimm wrote over 200 stories. But many of those stories are not what you think they are, and most likely, you haven’t read all of them. Did you read the stories with rape, incest, incredible horror, and Anti-Semitism? The Disney version of the Grimm Brothers is very different from what the brothers wrote. For instance, Disney had the good sense to revise Cinderella, so it didn’t include the three step-sisters cutting off her toes and heels so the glass slipper would fit.

In All-Kinds-of-Fur, the King tries to marry his daughter. When do you think Disney Studios will put that out? In their other stories, it gets much worse. In many of their stories, the villain is Jewish.

One of The Brothers Grimm’s most popular tales at the time was The Jew In The Brambles. In this story, the hero makes a Jew dance in a thicket of thorns while hurling insults at him, like calling him a dirty dog. In The Good Bargain, a Jewish man is portrayed as a penny-pinching swindler.

The Grimm brothers were Jacob and Wilhelm. They lived in Germany from about 1785 - 1859. We don’t need to talk about anti-semitism in Germany. So it’s easy to read undertones in Rumpelstiltskin, that he is Jewish. In the early illustrations, Rumpelstiltskin is drawn as a stereotypical Jewish man with a big nose and distorted Semitic features. In the golden age of Hollywood, all the major studios were owned and run by Jews, except for one, The Walt Disney Studio. Disney himself, some say, was a racist. In many of his cartoons, there are plenty of racial innuendos against African Americans. In Fantasia, the shoeshine imps are black. They are shining hippos' hooves while performing stereotypes of demeaning black cliches.

The Nazis used many of the Grimm stories as propaganda against the Jews. In Little Red Riding Hood, the wolf is Jewish. So are the undertones of the original tale. With all this antisemitism, it's no wonder that more and more Jews are turning to Buddhism.

And if you want to talk about antisemitism and racism in cinema, watch the Abbot & Costello movie Hold That Ghost. In one scene, Ted Lewis sings Me & My Shadow, while a black man, all dressed in black, mimics Ted Lewis's every move. I’m surprised that The Jack Benny Program has not been removed from reruns on television today. Antisemitism and racism are not new in Hollywood. What would people today think of the relationship between Jack Benny & Rochester?

The Brothers Grimm seemed to champion child abuse, too. Snow White is seven years old when the huntsman takes her into the forest with orders to bring back her liver and lungs. In “The Juniper Tree,” a woman decapitates her stepson. She then chops up his body, cooks him in a stew, and serves it to her husband, who enjoys the meal so much he asks for seconds. The title character in “Frau Trude” turns a disobedient girl into a block of wood and tosses her into a fire.

Yikes, who would read those stories to their children today?

We would never advocate book-burning, but the Brothers Grimm would make good kindling for the fire if it ever gained in popularity. We do advocate book-reading, though, since reading books makes you both smarter and happier.