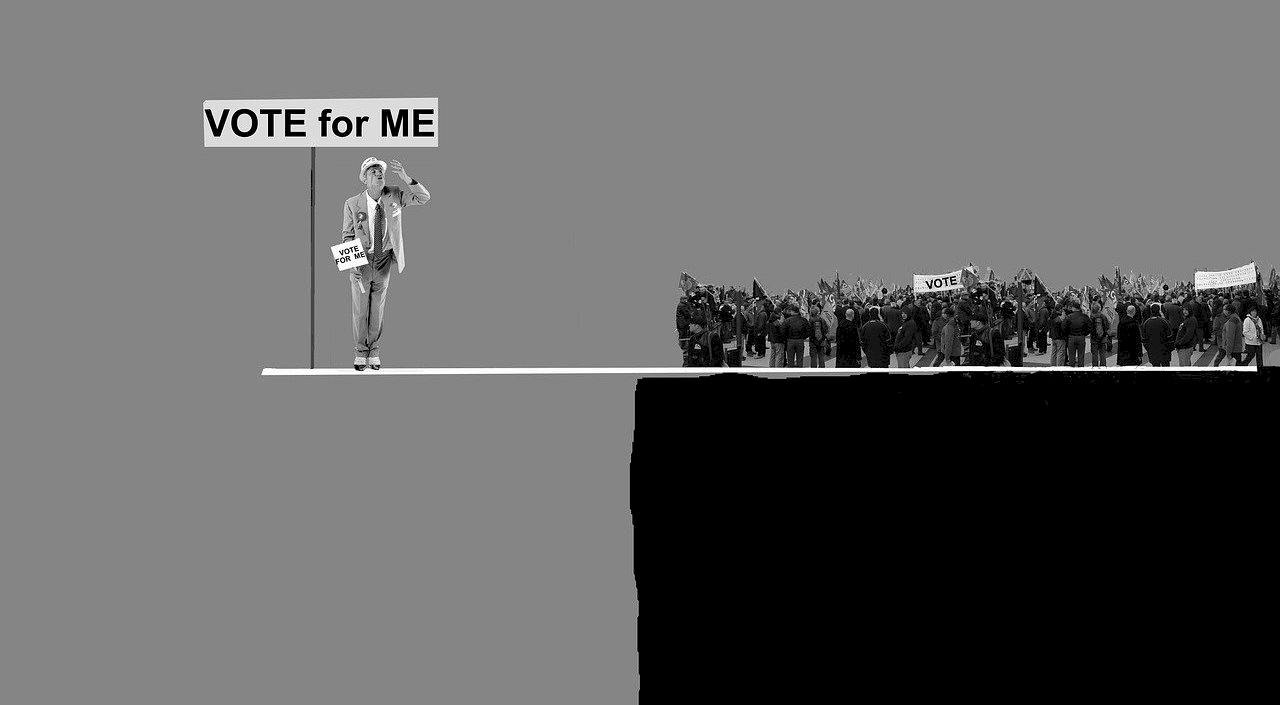 Voting is a right, but you might be paying an unexpected price for it.

I’ve been a little nauseous since about, well, ever since I can remember. I think I know why. Democracy is bad for my health.

Being a citizen of our we-the-people, pursuit-of-happiness Democracy is taking an American super-sized toll on my physical and emotional well-being. Yours, too. Ours is the one form of government where the people exercise the authority: “of the people, for the people, by the people.” And like so many other types of exercise, that shit’ ill kill ya.

Let’s start with just talking about our Democracy. Yes, I’m talking politics here, ladies, and pundits. Whether it’s with your family, your friends (don’t worry, they won’t be friends for long), or even co-workers, talking politics can lead to high levels of stress and conflict. An American Psychological Association survey found that 1 in 4 American workers reported feeling less productive and more stressed at their jobs because of political discussions there. And neither team is winning– that’s regardless of political party affiliation or ideology.

In an election year like ours, this only gets worse.

In fact, there’s a real medical term for it: “Election Stress Disorder” (ESD). Named by Steven Stosny, a therapist in Washington, ESD permeates every aspect of our lives, triggering what’s known as “Toddler Brain” in all of us. We tend to blame, devalue, and oversimplify other people’s views, becoming self-obsessed, impulsive, and intolerant, thinking in terms of “mine!” and “no!” Very mature. The best way to save our dignity and the country’s future is to try to return control to our “Adult Brain” by asking ourselves how we can improve the situation, rather than who to blame it on. You do this by trying to see other perspectives, appreciating complexity, getting in touch with deeper, more humane values (i.e., the greater good.) As much fun as it is to mount an “I’m rubber, you’re glue” argument, it’s more grown-up to recognize that devaluing someone else does not make you better.

So here’s how Election Stress Disorder presents itself: If you listen to political stories on the radio while driving, you’re likely to drive more aggressively. You’ll look down and realize your speeding, or tailgating, or both. That’s safe. At work, you’ll find it hard to work with people you’re politically diametrically opposed to. That’ll give you some fun stuff to talk about at your next performance review. At home, your family will start to make up nicknames for you like “Mr. Ornery” or “Preparation H” (I love a good hemorrhoid reference.) You might be tempted to drink more than usual or overeat. I wonder if our forefathers had any idea the wheels they set in motion...

Just watching a political debate will affect your blood pressure, opening up a Pandora’s box of major health issues. To prove this, John A. Tures, a professor of political science at LaGrange College in LaGrange, Georgia, did a little home test during the last election’s presidential debates.

Before the debate started, he took his blood pressure, it was 135/80 with a heart rate of 76 beats per minute. Midway through the debate, he was shocked to see the blood pressure spike to 150/92 with 82 beats per minute. That was more than a little bump: readings over 139/89 are a sign of concern, and readings above 140/90 like his qualify as Stage 1 Hypertension, according to the American Heart Association, and that’s scary stuff. Hypertension can lead to a stroke, heart attack, lose your memory, damage your eyes or kidneys, and those are just for starters.

John decided to compare this Democracy-induced blood-pressure spike to his reaction to another contest he was emotionally invested in the Falcons-Saints Football game. Although the game delivered some serious fireworks in the fourth quarter, putting his team in danger of losing, he was still way more stressed during the debate than the football game. So what’s the big deal you say? This is just during election years. When it’s over, we can all go back to being healthy again. Yeah, sorry, no.

The American Psychological Association conducts a yearly “Stress in America” survey and found there’s even a “Post Election Stress Disorder” marked by increased stress levels and higher incidences of both physical and mental health symptoms including headaches, anxiousness, and depression. Even with the election in the rearview mirror, people feel disheartened and discombobulated by the political climate and our nation’s future.

What can you do about it? Activities such as physical exercise, yoga, and meditation can combat the adverse effects of all this Democracy. “Ommmm… Ommm going to ignore my ignorant jerkweed of a brother-in-law whose political views make a neanderthal look progressive… Ommm…”

You can try limiting your screen time. Put another way, get a life. Read a book, look at art, find a hobby. Distract yourself with being of service to a friend, a loved one, your community. Sorry, just making a joke there to relieve some of the stress.

You could do some research and make educated, informed decisions every time you go to the polls and vote every time there’s an election. You could use that “Adult Brain” we talked about, and keep the greater good in mind. Nah, that sounds like work.

How about this: Whatever you see, hear or read that incenses you, ask yourself this: “Was that true? Was it expressed by a source I trust? If the answer to either question was “no,” then move on and take solace in the fact that Kate Middleton just released another never-before-seen-and-unbelievably-adorable picture of little Charlotte. Awwww, look at her…

If all that fails, you could take heart in the fact that between Election Stress Disorder (which starts before the race even begins) and Post-Election Stress Disorder, there’s a 48-hour window. So have fun with that. And know that even though Democracy may be bad for your health, there’s no other form of government we’d want to call ours — at least I think there isn’t.