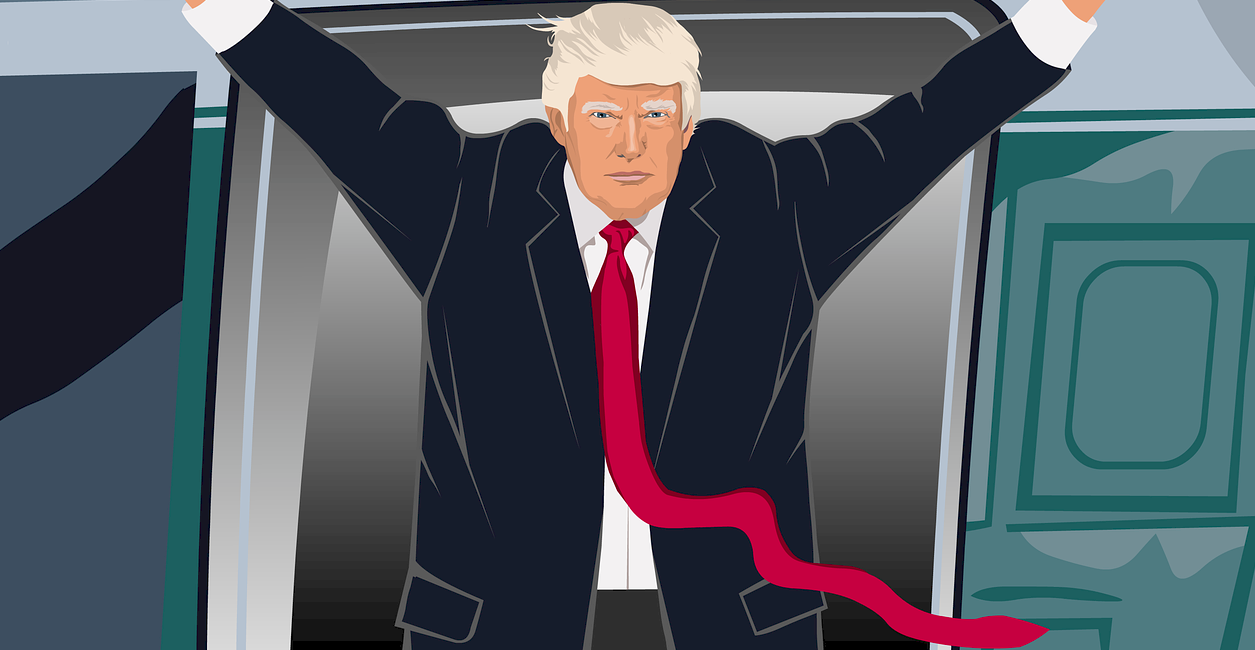 The president does have a reason to challenge fashion norms with his ties.

He's the president of the United States, Donald Trump. A day can't possibly pass without a photograph of him appearing on television, online, or in print, not to mention footage of him continuously broadcast across screens. Politics aside, what is the first thing you notice about any photograph of President Trump? Come on, you know what that is — his tie. It's too long.

Town & Country Style Director Whitney Robinson says that men's ties should always extend only "to the tip of your pants." The proper length for a man's tie is just long enough for the tip of the "diamond" to sit in the middle part of the waistband/belt. But Trump's ties drop below that by about three inches. Why? With a billion dollars in your bank account, you'd think he'd occasionally hire a stylist, or anyone with taste, to help him dress. Isn't there someone on staff in the White House responsible for helping the president avoid being the butt of fashion jokes? I guess not.

It seems that Donald Trump has his own reason for daring the fashion the police to site him for felony tie length, and it's a vain reason. Chris Christie, former New Jersey governor, says that Trump believes wearing his tie long, very long, makes him look slimmer. Christie, with weight problems of his own, claims that during the 2016 presidential election, Trump told him to wear more extended ties so that it would make him appear thinner. If Christie or Trump wore their ties down to their knees, it wouldn't make them look half as slim as eating a few less French fries and backing off the ice cream.

Trump claims to be 6-foot-3 and weighs 239 pounds. That puts him overweight and just a pound shy of obesity, according to the body mass index put forth by the federal Health and Human Services department. Though Trump might actually be obese. A photocopy of his New York driver's license circulated by media outlets during the campaign listed him at 6-foot-2. That height, coupled with Admiral Jackson's (president's doctor) assessment of his weight, would land Trump in the clinically obese category of the BMI index.

Trump's tie has gotten longer as he's gotten wider. If you go online and find photographs of Trump from the nineties, when he was a slim man-about-town, you'd discover that he did know that correct length a man should wear a tie. Perhaps tie length simply proves that the richer you are, the less you care what people think of you.