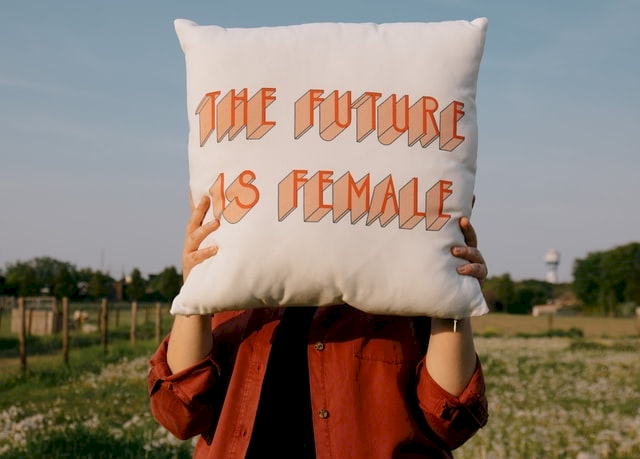 Men are too stupid to realize they’re being played

Men are simple creatures. They see women, they want women, but they can’t control women, and it drives them up the wall (and these sexist men say that women can’t drive!) Men’s desperate, failed attempts to manipulate women – through physical violence, white knighting, excessive abortion laws, etcetera – only proves how powerless they truly are to control us.

Don’t get me wrong: sexism absolutely exists. But women have played the gender card for so long now that men don’t realize they’re being played. Here are just a few ways women benefit from sexism:

Men are expected to provide income for an entire household while women bear no such responsibility. Sure, in modern day America, we need two incomes to operate, but the burden of breadwinning belongs to the man. According to a 2017 Pew Research Center survey, 71% of adults say it’s very important for a man to financially support his family to be a good partner, but only 32% say the same about women. Women will never face a social stigma for earning less than their male counterparts, but men are still measured by the size of their paychecks.

Without the burden of being the breadwinner, women have more freedom to explore career options based on what we want to do, instead of based on what earns the most income. Plus, if we choose to pursue higher earning careers, we get more social, societal and organizational support.

Support climbing the career ladder... and beyond

There are dozens of organizations dedicated solely to the advancement of women in various professions, from tech (Society of Women Engineers) to trucking (Women In Trucking). Can you think of one organization dedicated to advancing men in the workplace? And this lack of support for men in the workplace is despite the aforementioned societal pressure of providing for a family. That’s men’s problem to solve, though; they need to be the change they wish to see.

Plus, several of these organizations focus specifically on advancing women into leadership positions, or if they’re already there, pushing them even further up the career ladder. Catalyst, a global non-profit, is one such example. They increase female representation in corporate leadership, especially for women from traditionally marginalized racial and ethnic groups. The Women Presidents’ Organization – exclusively designed for female presidents of multi-million dollar companies – is another, helping already accomplished female executives further grow their financial success. Get the bag and then some, sis.

Women who are new to the workforce get a leg up on their male counterparts, too. The Women's Information Network (WIN) is “Washington’s premier professional, political, and social network dedicated to informing, connecting, and empowering young, pro-choice, Democratic women, transgender men, and non-binary people”. They help younger women climb the career ladder by hosting conferences where prominent female leaders connect with, empower and share their keys to success with younger women who are new to the workforce.

No matter where you look, women are opening doors for other women, happy to share their success and help you succeed. And they’re not the only ones.

Preferential treatment in the workplace

Women apply to 20% fewer jobs than men because we think we need to meet 100% of the criteria before we apply, but men only wait until they hit 60% of the same criteria. This might also explain why guys who are only 6s hit on women who are 10s – they don’t realize we’re completely out of their league.

But the good news is that when we do apply for jobs, a woman is 16% more likely than a man to get hired. We might not believe in our own abilities to succeed, but others do – if we apply for a job that’s more senior than our current one, our odds of being hired increase to 18%. The glass ceiling is an optical illusion; we’re the only ones holding ourselves back.

And once we walk through those doors, men open other doors for us. Many men (#notallmen?) are nicer to us, simply because we’re women. Of course, there are assholes at every company  - “assholes” are gender neutral, after all - but men typically have a soft spot for women. Whether that’s because they want to “protect us” (as if we can’t handle ourselves) or impress us (boys will be boys), men are often more than happy to help us move up.

Why not take advantage of their selfish interests and use it for our own gain? After all, it would be impolite for us women to reject their advances in helping us advance.

Again, I’m not saying women have it easy. Sexism has kept women out of the voting booth, bank accounts, and courtrooms for most of human history. But every system has its gaps. Maybe smashing the patriarchy starts with a sly smile, so men are distracted when we walk all over them. Stiletto steps, ladies, stiletto steps.