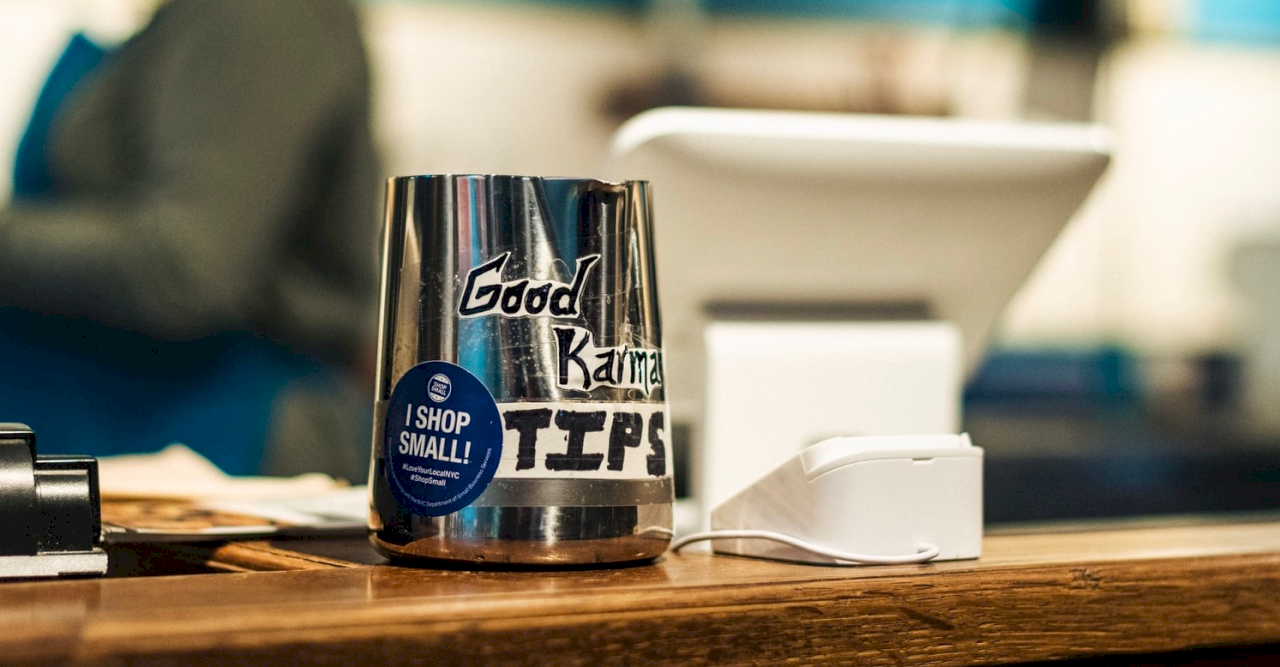 It’s time to start paying better. But in the meantime, tipping is necessary. See who tips well, and who doesn’t.

Do you tip when you pick up your clothes at the dry cleaners?

"Tip" stands for "to insure promptness." Shouldn't promptness be part of a waiter's job? The whole tip idea started with a box at the entrance of an establishment when you walked in, you caught the waiter's attention and then put the money in the box. The theory was that you would get prompt service because you paid extra in advance.

I'm not suggesting that we stiff the wait staff. I'm suggesting that these people get paid a wage that doesn't leave their ability to pay bills up to good graces of patrons. Recently, some restaurants are paying better and actually tell customers not to tip. Some of those restaurants include Bar Agricole in San Francisco; they say, "prices calculated to pay a living wage; additional tips not accepted." Black Star Brewery in Austin Texas, and Brand 158 in Glendale California are also restaurants that pay a living wage so tipping is not required. There are too many to list but all restaurants should do the same. How would you like it if your boss cut your salary and said if customers liked what you do, they'd tip you? You wouldn't like that.

By the way, tipping is not an international thing. A few countries without tipping include China, Switzerland (their law requires all charges be included, so there is little pressure to tip), Belgium pay wait staff pretty well, so tipping there is rare, and in Japan tipping is considered rude.

You might think how much money you have has something to do with how well you tip, but we're about to prove that's not true. Mick Jagger is worth a couple of hundred million bucks and once left 11% on a $90 pizza tab. The Rock, Dwayne Johnson, is thought of as a nice guy but a waiter once posted an example of his cheapness (and worse yet, The Rock can't even act, so he gets paid millions without even passing a few bucks on to hard-working servers). Kirsten Dunst has also been known to stiff wait staff. Some other bad tippers include Madonna and Tiger Woods. Oh, in an interview that while hooked up to a polygraph, Jennifer Lawrence admitted to being a lousy tipper even though she's rich. Click here to see the interview, the tipping question is about seven and a half minutes in.

But let's not end on a sour note, let's celebrate some of our favorite celebrities who are spreading cheer and the dough. Johnny Depp once left a $4,000 tip in a New York City steakhouse. The wait staff at Pier Six in Boston said of Tom Hanks he was "a great tipper." Bill Murray is sometimes thought of as grumpy but no one can call him cheap or stuck-up. Murray has been known to leave tips of up to 120 percent of the bill and has gotten behind the bar and helped out. Charles Barkley said, "I think it's important when you're successful [to be a good tipper]," Barkley told Conan O'Brien in 2014. "I've tipped $25,000 before," he continued, explaining that it was during a blackjack game where he won $700,000, and that "I probably should have tipped more." Jim Carey once left a $225 tip on a $150 tab. David Beckham once left a $1,000 on a $100 check. While doing some research we discovered Russell Crowe once picked up a $400 tab in a restaurant and graciously left an $1100 tip. What you might not know about Drew Barrymore is that she is known for leaving 100% tips. Charlie Sheen is known for many things, but, unfortunately, people don't know how generous he is to wait staff, yep, a good tipper. And funnyman Drew Carey is serious with his generosity, he tips well and has been known to leave a $400 tip on a $250 meal. Other big tippers include Matt Damon, Taylor Swift, and President Obama.

I'm sure many celebrities tip well. If you know of someone who deserves a shout out, please leave their names in the comments section.