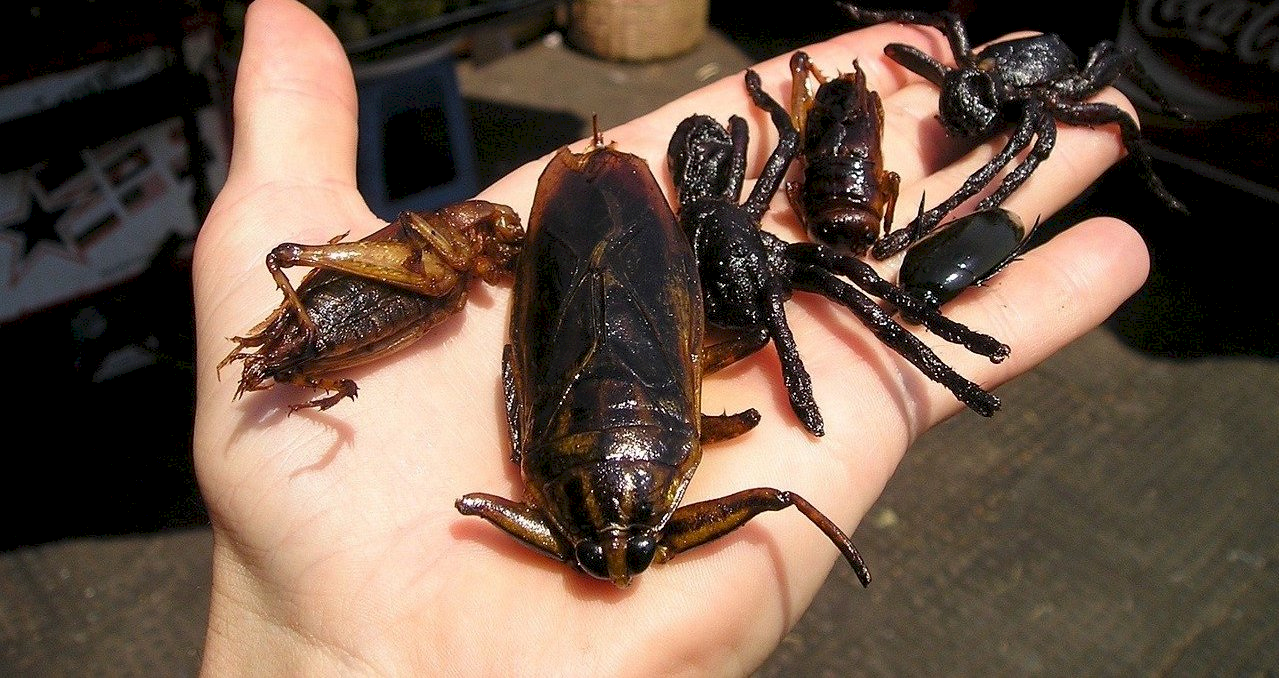 Manufacturers are Allowed to Leave Bugs in Your Food

You may want to finish your breakfast before reading this –– or not.

You may not eat spiders in your sleep like you were led to believe in that old elementary school rumor, but you've eaten way more flies, beetles, maggots, and other insects than you might know. According to Scientific American, you eat one to two pounds of bugs every year as a result of these sneaky little buggers crawling their way -- and getting crushed -- into our favorite foods.

The FDA allows a certain amount of mold, rodent filth (that's code for hair, urine, and feces), insects, and other contaminants in our food before stepping in. Yes, they actually do! Their rules are more relaxed than you'd think, too.

Let's start with your morning cup of coffee: up to 4% of the beans used to brew your cup of joe are allowed to be infested by insects. You could be sipping on maggots in your macchiato! Sprinkling cinnamon on top may mask the taste, but it adds a smidgen of insect fragments as well since the FDA allows up to 40 in a single teaspoon. Maybe the crunchy bits that sneak their way into your mouth aren't coffee after all.

Did you pack a PB&J lunch for yourself or your little one? A 16oz jar of peanut butter can contain over 13,000 insect heads, bodies, and legs before the FDA takes action. Bodybuilders may appreciate the extra protein in every tablespoon, but maybe you should skip the Skippy. I'm getting flashbacks from eating it straight out of the jar when I was a kid.

Unfortunately, happy hour is about to end early. The hops in your beer are allowed to contain an average of up to 2,500 aphids in only 10 grams. These sap-sucking insects cling to the safe cocoon of the flowers used to flavor your favorite bottle of Bud. As if you needed another reason to quit drinking or go keto.

You might not see "cockroaches" or "feces" listed on your bar of chocolate, but they're ingredients just like sugar and cocoa: up to 60 insect fragments can be found in 100 grams. In fact, most people with chocolate allergies aren't reacting to the cocoa -- cockroaches are the real culprit. In elementary school, I found out a friend didn't like chocolate and was shocked. Now I wonder if her tongue tasted what mine didn't.

These aren't even the worst offenders. Mold, bugs, and rodent filth can find their way into other commonly consumed foods like pasta (1 insect fragment per gram), raisins (10 whole insects and 35 fruit fly eggs in as little as 8 oz), and canned tomatoes (up to 8 fly eggs or one maggot).

Farmers don't care about the infestation, though, until it affects their profit. And at that point, they'll only do the bare minimum necessary to get their numbers just below the FDA's limits. Capitalism at its finest!

So, if you made a resolution to eat more organic and all-natural foods this year, you may already be closer than you think!