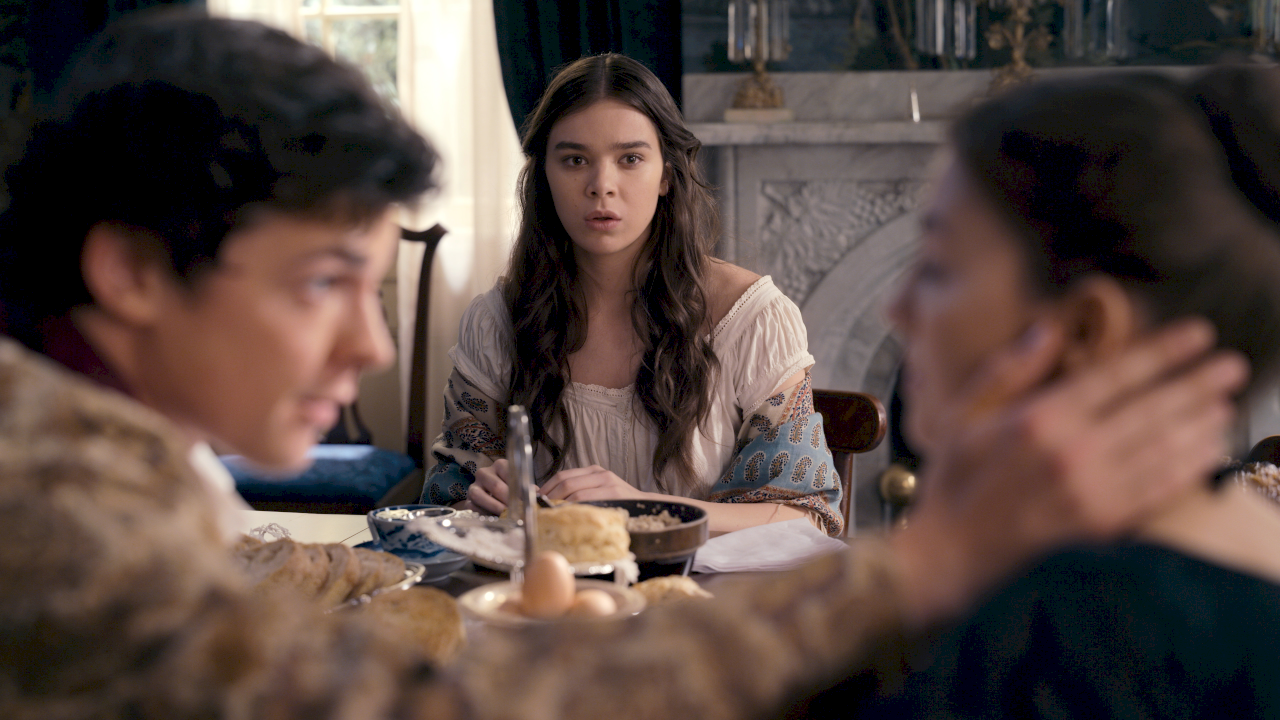 I dwell in Possibility –

A fairer House than Prose –

Of Chambers as the Cedars –

And for an everlasting Roof

The Gambrels of the Sky –

Of Visitors – the fairest –

The spreading wide my narrow Hands

I really like the opening line of this Dickinson poem, “I dwell in Possibility.” I like to think it’s how I live my life; “think” is the operative word because I’m not sure I do. What I am sure about is that I’m a big fan of poetry. Emily Dickinson wrote over eighteen hundred poems. You don’t have to read many of before you’ll start to find lines that will strike a chord with. If you’re not that well acquainted with her poetry, the new series, Dickinson, on Apple+ will serve as a good introduction. If you are familiar with her poetry, you’ll find the series thoroughly engaging. I am a fan, so I can’t tell you how thrilled I am that the subject of one of Apple’s first productions for Apple+ is poetry. Though poetry as subject matter for Apple shouldn’t come as a surprise.

Apple is, arguably, more than a tech company; it’s a cultural phenomenon. While Apple didn’t invent the smartphone, it started the smartphone revolution when it unveiled the iPhone in March of 2007. Wow, hard to believe the iPhone has only been around a little over twelve years. Before you start arguing over my cultural phenomena comment, keep in mind this is my opinion and my article. You are free to write your own and disagree. In keeping with full disclosure, I want to point out that I own a little, very little Apple stock.

Apple’s version of Dickinson, created by Alena Smith, isn’t at all accurate, and Smith didn’t intend it to be — and I don’t care. The series stars Hailee Steinfeld as Dickinson. I doubt Dickenson was anything like Steinfield’s version, but still, I really liked it. Steinfield is terrific in the role. Smith has created ai, who has many modern sensibilities. And, again, while the story might not be accurate, the poetry is correct. This series will introduce many Hailee Steinfeld fans to Dickinson’s poetry, and then, hopefully, to modern poetry. For this, Apple, Smith, and Steinfeld deserve thanks. And if Dickinson is the quality of story and production that we’ll see from Apple+, you should subscribe. By the way, it’s worth mention that if you put a photo of Dickinson next to a photo of Steinfeld in costume, they could sisters.

You know, I think Emily Dickinson would have been a fan and participant in today’s social media. Dickinson grew weirder as she grew older, getting to the point where she only talked to visitors through her door. Today’s equivalent of that might be talking to people through Instagram media.

Many years ago, I visited Dickinson’s house, stood in her bedroom, staring at her writing desk. Now when I picture that room, I’ll see Hailee Steinfeld sitting at that desk.

While the poem that opened this article isn’t in the first episode, though the line “I dwell in Possibility” is, I’ll close this piece with one of Dickinson’s most famous poems that is a central part of the episode.

Because I could not stop for Death (479)

Because I could not stop for Death –
He kindly stopped for me –
The Carriage held but just Ourselves –
And Immortality.

We slowly drove – He knew no haste
And I had put away
My labor and my leisure too,
For His Civility –

Or rather – He passed us –
The Dews drew quivering and chill –
For only Gossamer, my Gown –
My Tippet – only Tulle –